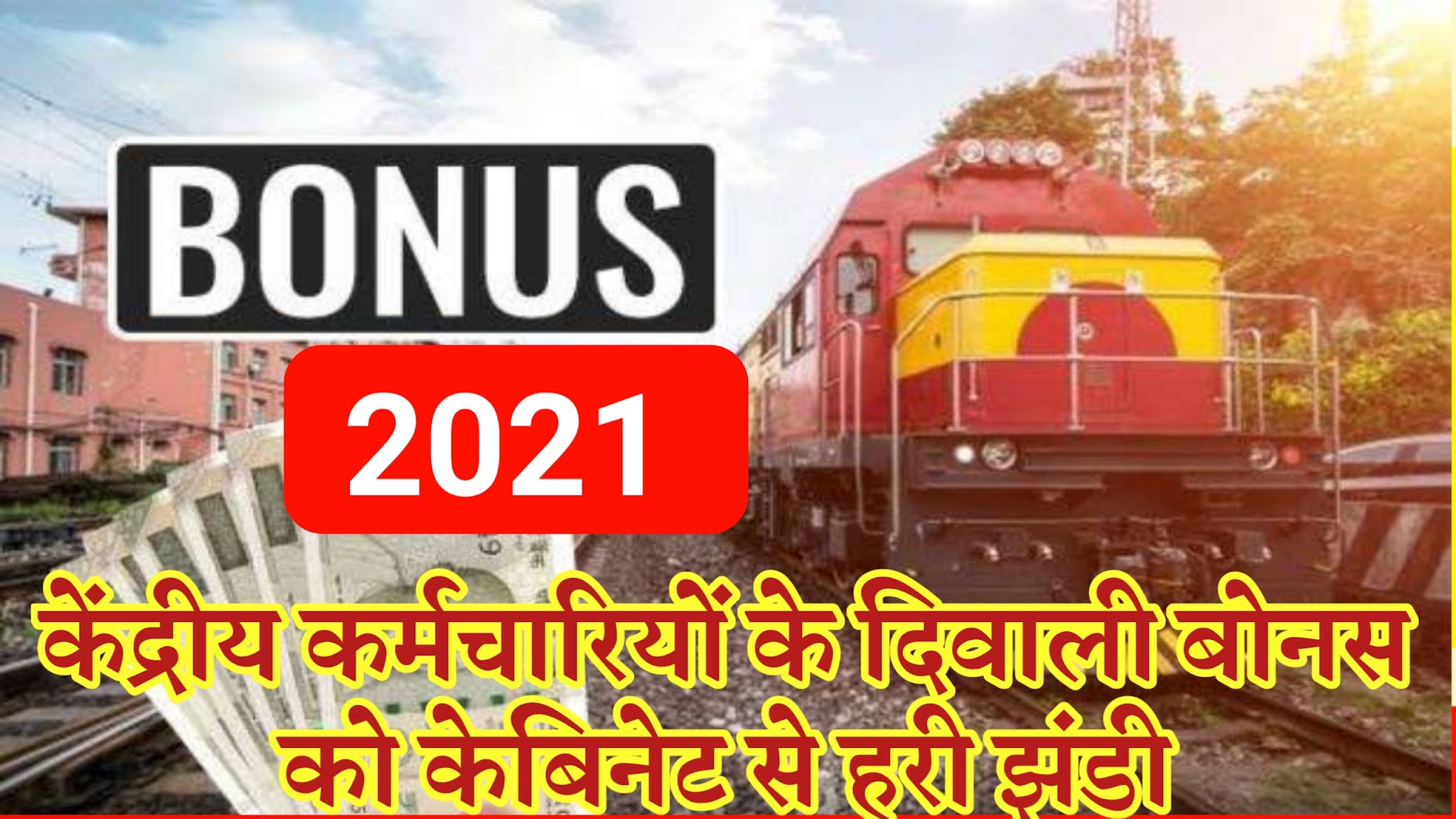 About 11.56 lakh non-gazetted Railway employees are likely to benefit from the decision. Payment of PLB to eligible railway employees is made each year before the Dusshera/ Puja holidays. The decision of the Cabinet shall be implemented before the holidays for this year as well.

The PLB amount of 78 days’ wages were paid for the financial years from 2010-11 to 2019-20. For the year 2020-21 also PLB amount equivalent to 78 days’ wages will be paid which is expected to motivate the employees for working towards improving the performance of the Railways.

The Productivity Linked Bonus on Railway covers all non-gazetted railway employees (excluding RPF/RPSF personnel) who are spread over the entire country.

a)   The PLB has been paid as per formula approved by the Cabinet in its meeting held on 23.9.2000 for the years 1998-99 to 2013-14 (except 2002-03 to 2004-05 when slight changes were done with respect to Capital Weightage and Staff Strength). This formula was input : output based where output was reckoned in terms of equated net tonne kilometres and input was reckoned as the non-gazetted staff strength (excluding RPF/RPSF personnel) modified by Capital Weightage.

b)  For the financial year 2012-13, PLB for 78 days was approved as a special case with the condition that the formula for PLB would be revisited keeping in view the recommendations of the Sixth CPC and the views of the Ministry of Finance. Consequently, the Ministry of Railways constituted a Committee to evolve a new formula.

c)   The Committee recommended that weightage to both the formula of year 2000 and die new formula based on Operation Ratio (OR) may be in the ratio of 50 : 50. This formula ensured equal representation to the productivity in terms of physical parameters as well as financial parameters. The formula recommended by the Committee has been used for calculation of PLB from 2014-15 to 2019-20.

Railways were the first departmental undertaking of the Government of India wherein the concept of PLB was introduced in the year 1979-80. The main consideration at that time was the important role of the Railways as an infrastructural support in the performance of the economy as a whole. In the overall context of Railway working, it was considered desirable to introduce the concept of PLB as against the concept of Bonus on the lines of ‘The Payment of Bonus Act -1965’. Even though the Payment of Bonus Act does not apply to the Railways, yet the broad principles contained in that Act were kept in view for the purpose of determining the “Wage/Pay Ceiling”, definition of ‘Salary’/’Wage’, etc. The PLB Scheme for the Railways came into force from the year 1979-80 and was evolved in consultation with the two recognized Federations namely, All India Railwaymen’s Federation and National Federation of Indian Railwaymen and with the approval of the Cabinet. The scheme envisages a review every three years.