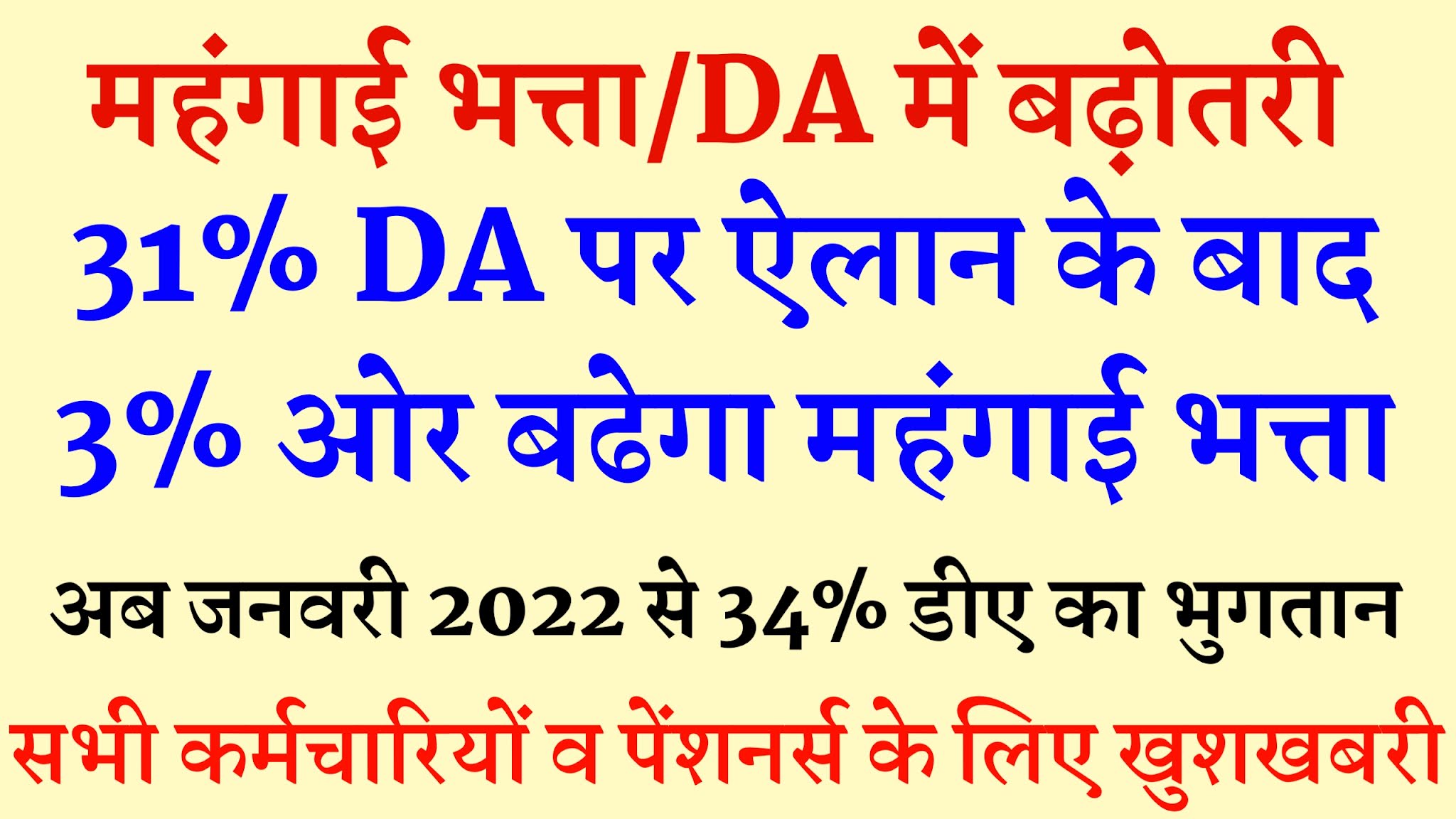 New Delhi: 7th Pay Commission latest news: Central employees can get good news in the new year.  Dearness allowance will increase once again in January 2022. With the increase in DA, the salary of the employees will increase again.  However, it has not been decided how much the Dearness Allowance (DA Hike) will be increased in January 2022. But, according to the data of the AICPI index, 3% DA is expected to increase.

Employees will get good news in the new year!

There will be promotions in some departments of the Center by the end of December 2021. Apart from this, there is also a discussion about the fitment factor before Budget 2022, on which a decision can come.  If this happens, then the minimum basic salary will also increase.  But, at present, what does the data of the AICPI index say regarding dearness allowance, let us know.

DA will be decided by AICPI data

DA will increase by 3 percent

If we look at the data of the AICPI index, till September 2021, the dearness allowance has gone up to 33 percent.  That is, according to this, there has been an increase of 2 percent in it.  However, the figures for October, November and December are not yet available.  It is expected that it may increase further by 1 percent.  If the CPI (IW) figure remains up to 125 by December 2021, then 3 percent increase in dearness allowance is certain.  That is, the total DA will increase by 3% to 34 percent.  It will be paid from January 2022 and the salary of central employees will increase.